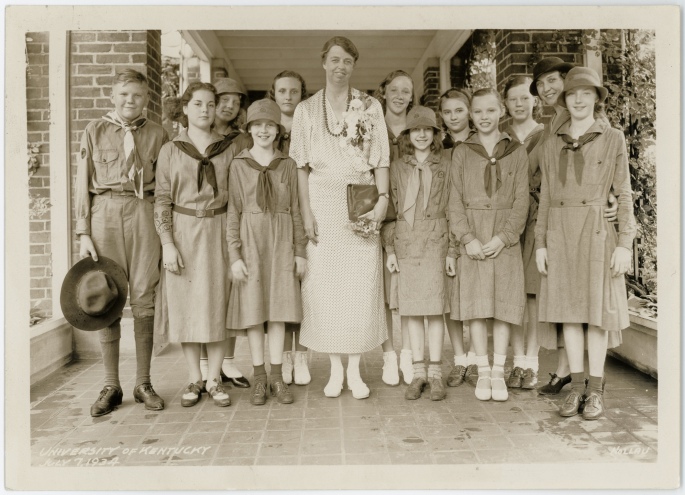 2012: The Girl Scouts of America turns 100 March 12, 2012 marks the 100th anniversary of the first organized meeting of the Girl Scouts, hosted in Georgia by founder Juliette Gordon Low.  Several years later, as First Lady, Eleanor Roosevelt served as Honorary President of that organization throughout her tenure in the White House. In … END_OF_DOCUMENT_TOKEN_TO_BE_REPLACED