In 1937, President Roosevelt appointed Florence Jaffray Harriman (1870-1967) as United States’ Minister to Norway. A founder of the Women’s National Democratic Club and active in the Democratic National Committee, Harriman was related through marriage to W. Averell Harriman, future adviser to the President and governor of New Y 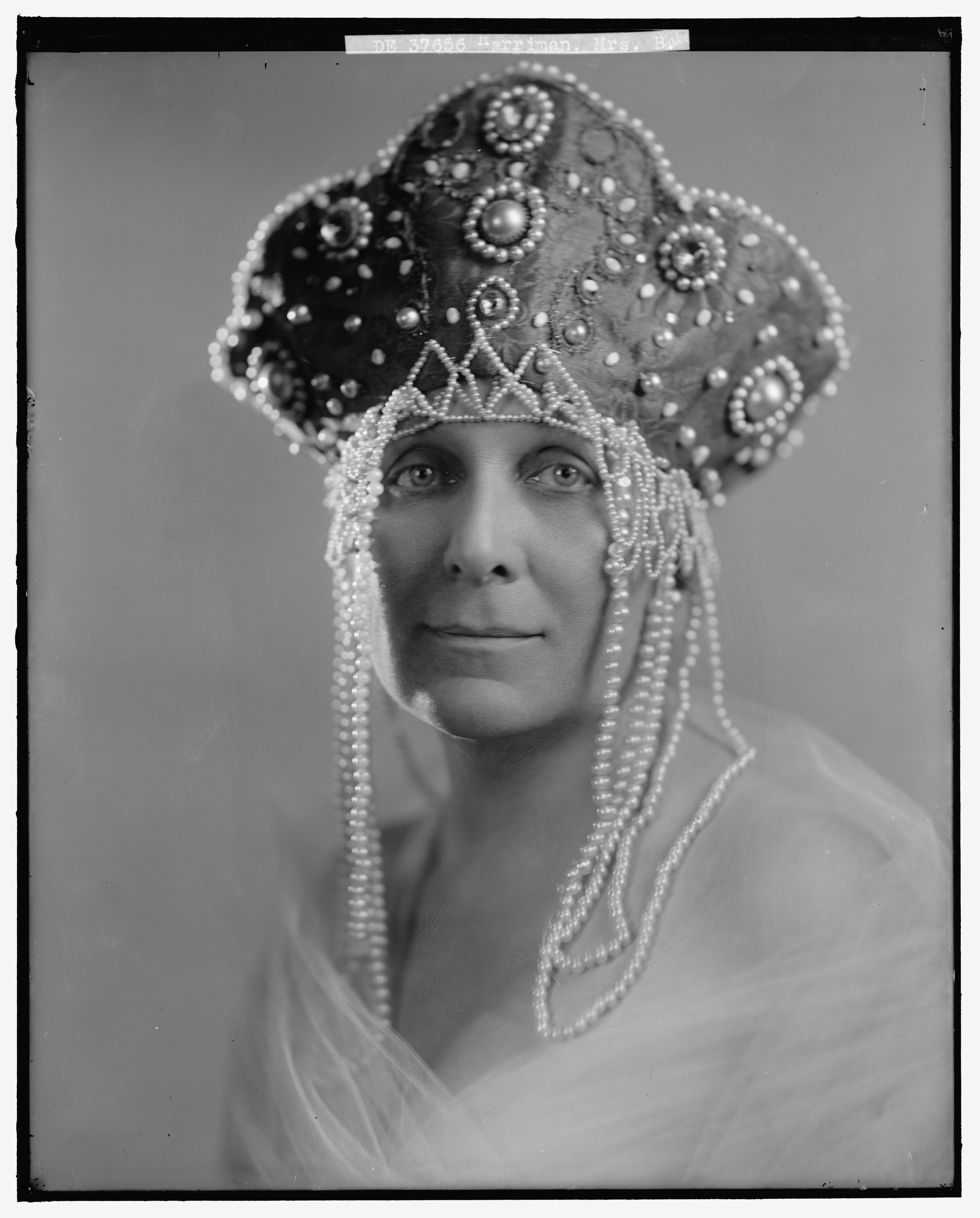 ork. Born into a wealthy New York Family, Florence Harriman, often called Daisy, became active as a suffragist and social reformer before World War I and later undertook European relief efforts during and after the war. Not a first ballot Roosevelt supporter at the Democratic Convention in 1932, by 1936 she had joined the Roosevelt bandwagon whole-heartedly.

The photographs below from the Harris and Ewing Collection at the Library of Congress were taken on April 21, 1937, shortly after the announcement of her appointment as minister to Norway. Her German shepherd Kim shakes a congratulatory paw and stands on the running board of her Ford. The photos were taken at Harriman’s Washington, DC, home, Uplands, where she frequently held court as one of the premier hostesses in the nation’s capital.

Harriman served as minister during a tense, dramatic, and ultimately tragic period in Norwegian history. She took up her post in June, 1937, and one of her first orders of business was to lobby on behalf of FDR for the awarding of the Nobel Peace Prize to Cordell Hull. He ultimately received the award in 1945. After her reception by King Haakon VII on July 2, 1940, she hosted the embassy’s annual July 4th celebration.

With the German invasion of Norway on April 9, 1940, Harriman performed with great heroism. On April 30th, she provided the President with an overview of the harrowing days after the invasion and on her work to assist refugees, both American and Norwegian; maintain ties with the dispersed Norwegian government and royal family; and communicate the spirit of the Norwegian people. She entrusted the note, handwritten but later typed, to her friend Margaret Berwind Cox, who carried it “in the bosom of her family” through Germany and back to the United States.

Upon her return to the United States, Harriman published an account of her experiences in Norway, Mission to the North, in 1941. She advocated for Norwegian causes throughout and after the war and also became active in war refugee causes. She remained a fixture in Washington social and political circles and an ardent supporter of DC voting rights, including the 23rd Amendment, until her death in 1967.