One of the best things that can happen at the Roosevelt Library is when a member of the public makes a personal connection with one of the artifacts or documents on display in our Museum.

Such an encounter occurred just this week— and, by chance, it relates directly to the 70th anniversary of President Roosevelt’s death, which the nation will remember on April 12.

FDR’s death is recalled in the Museum in a solemn exhibit that features photographs and film depicting the tremendous public outpouring of emotion that followed the announcement of his passing. 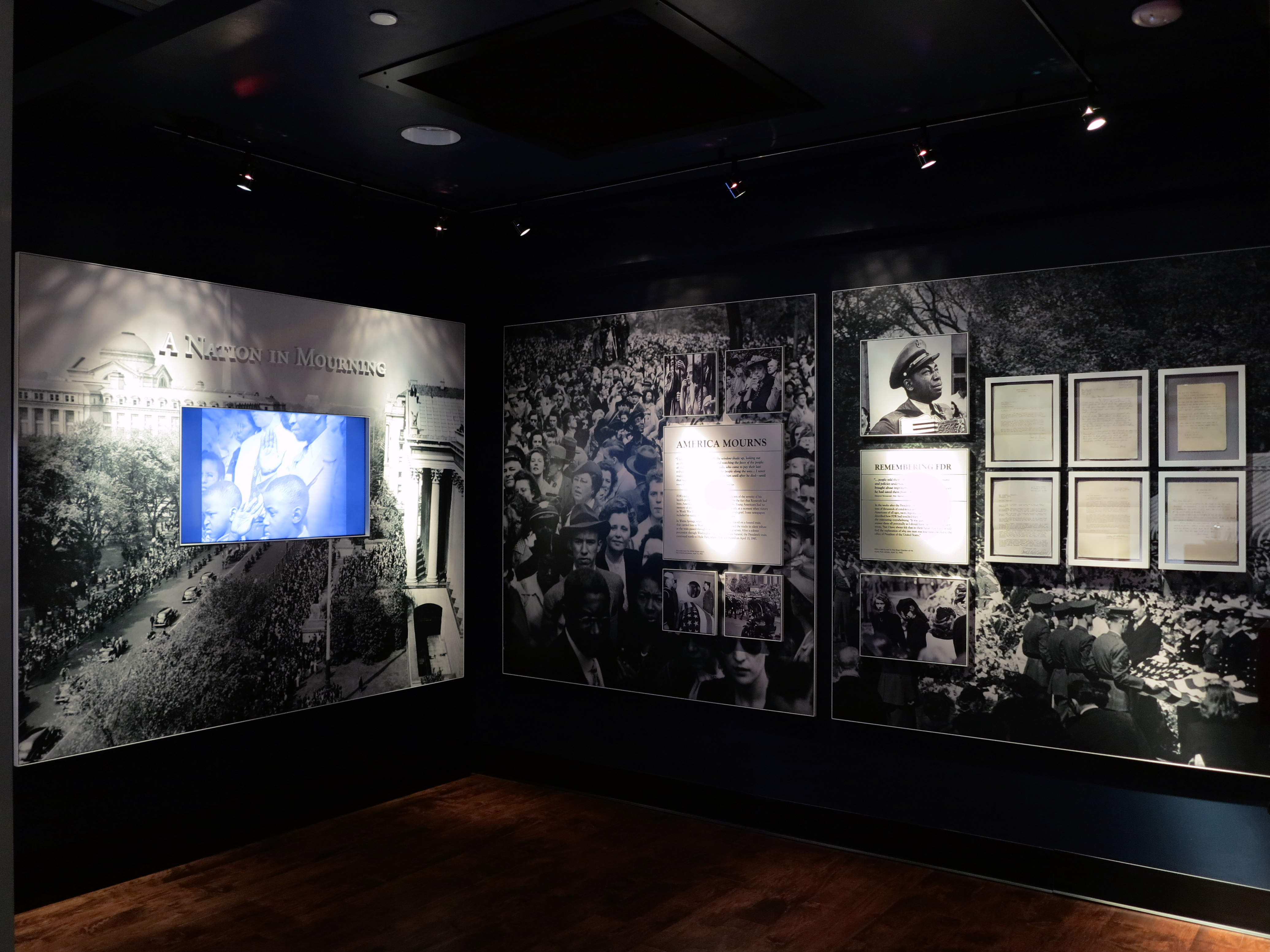 The exhibit includes a display of six condolence letters to Mrs. Roosevelt, chosen from among tens of thousands sent to her by everyday Americans in the weeks following her husband’s death. Mrs. Roosevelt later recalled that she was overwhelmed by these letters from the public. “It was quite impossible for me to answer them all personally as I should have liked to do,” she noted, “but I have always felt that in them future historians would find the explanation of why one man was four times elected to the office of President of the United States.” 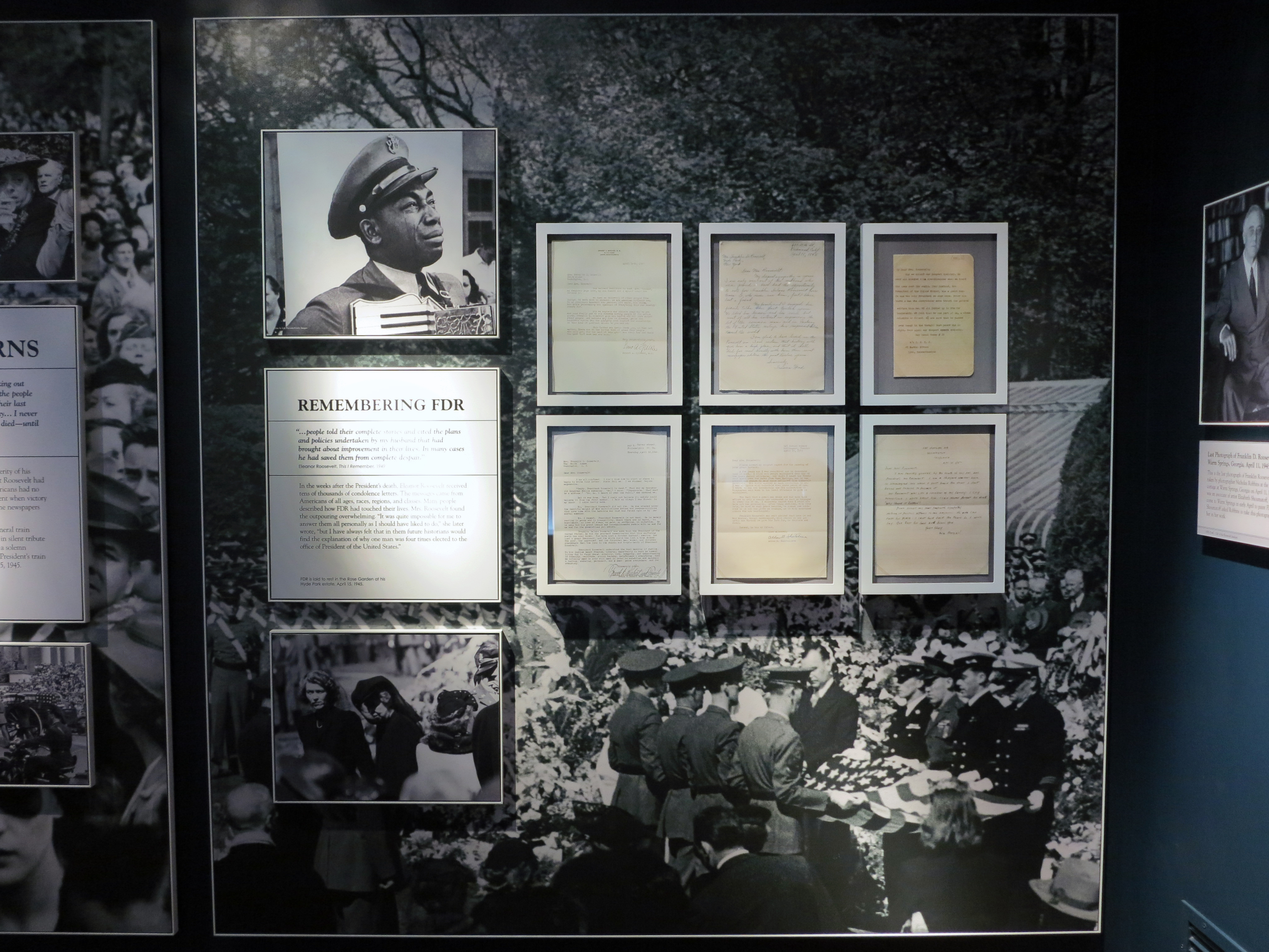 When Library staff prepared this exhibit several years ago, one of the most challenging tasks they faced was selecting six representative letters from the thousands in the Archives collection.

One letter that made the final cut is this touching message, written two days after the President’s death, from Dr. Ernest Spicker, M.D., a physician in Adams, Massachusetts. Dr. Spicker and his family were German Jewish refugees from Nazi Germany who came to the United States in 1939. They eventually became American citizens and forged a new life in western Massachusetts. The doctor’s parents and many members of his extended family perished during the Holocaust. 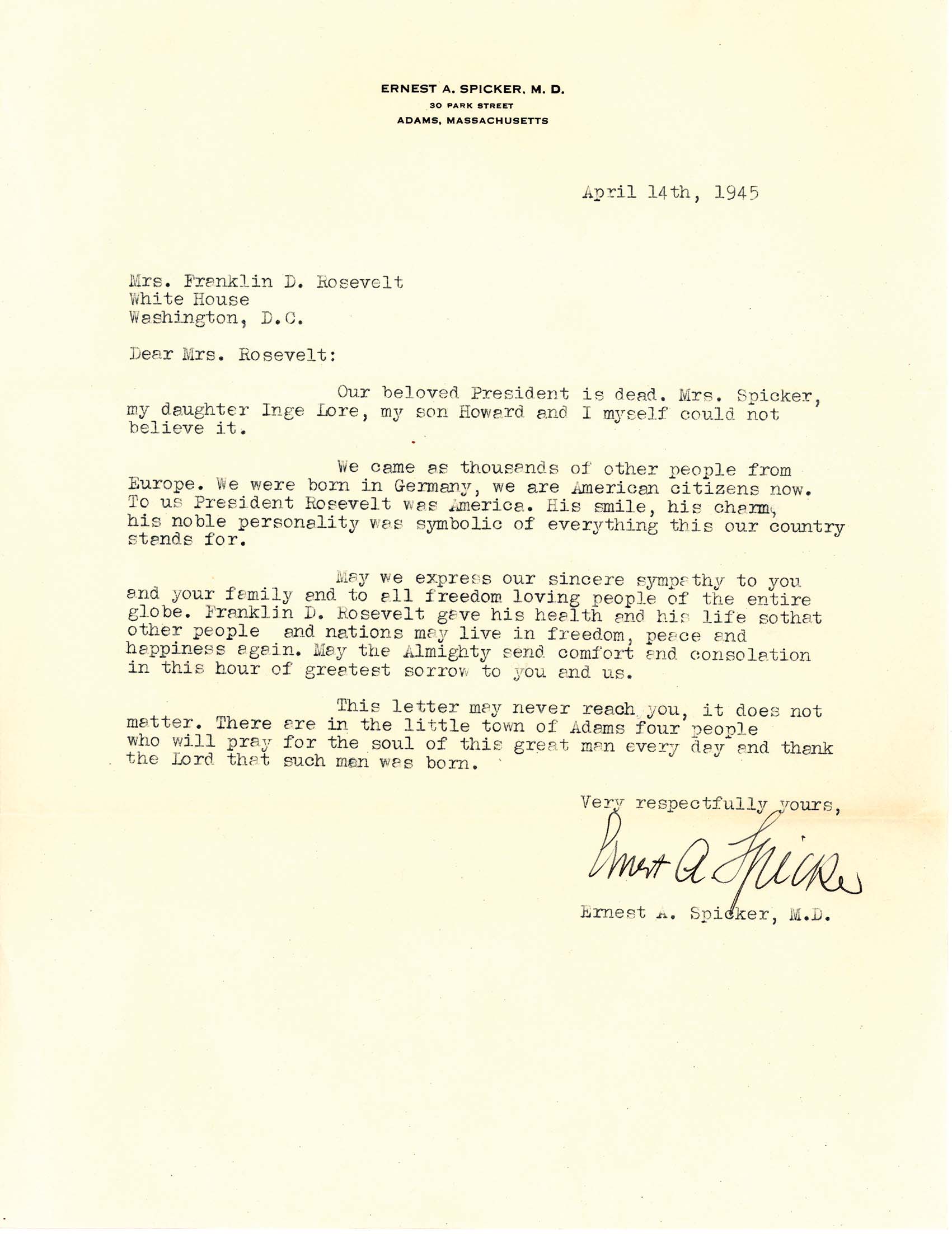 Nearly 70 years after Dr. Spicker mailed this letter to Mrs. Roosevelt, some current residents of Adams, Massachusetts visited the Roosevelt Library. During their tour of our Museum they read Dr. Spicker’s letter and noticed the Adams address. When they got home, they alerted a town historian in Adams who publishes a newsletter for the Adams Historical Society. He set out to find descendants of the doctor and was able to locate Spicker’s granddaughter, Marianne Spicker, in West Lafayette, Indiana. Marianne guided him to her aunt, Inge Wegener (Dr. Spicker’s daughter), who lives in Lombard, Illinois.

Inge Wegener had no idea that her father had ever written a letter to the First Lady and was moved to tears when she learned his letter was on display at the Roosevelt Library. On April 8, Marianne Spicker phoned the Library to see if she could confirm the story and get a digital copy of her grandfather’s letter. Museum staff quickly provided her with a high resolution scan of the letter and she gave us background information about her grandfather’s story, including this photograph of Dr. Spicker. 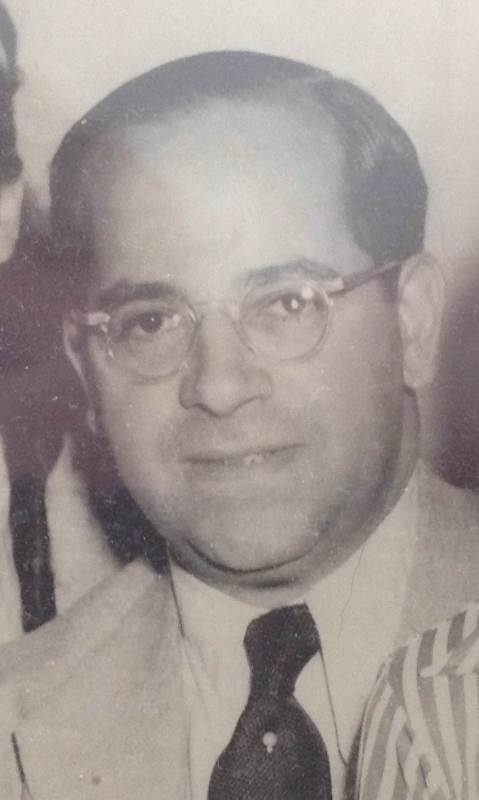 In Dr. Spicker’s letter, he refers to his daughter, Inge, and his son, Howard. Howard Spicker was Marianne Spicker’s father. He grew up to become a Professor of Education and Chair of Special Education at Indiana University. His teaching, research, and service were dedicated to overcoming discrimination against persons with disabilities, ethnic and racial minorities, and economically and “culturally” disadvantaged individuals. Much of his strong opposition to discrimination had its roots in his early family experiences in Germany. Professor Spicker died in 1998. He is the little boy in this 1938 family photograph provided to us by Marianne. The girl is his sister, Inge. 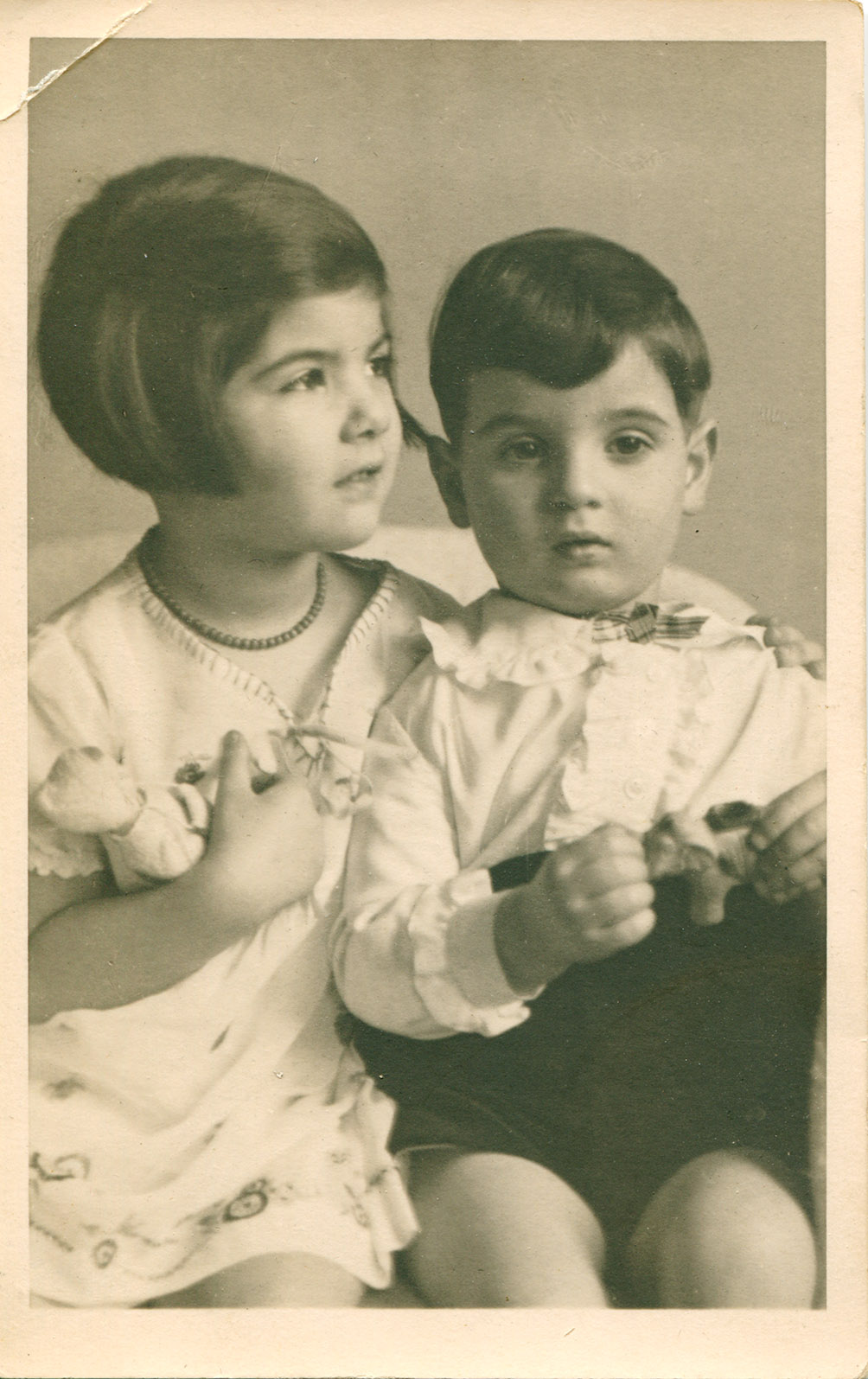 The Spicker family have been surprised and moved by their discovery of Dr. Spicker’s letter to Mrs. Roosevelt. So have we. Experiencing this kind of living connection to the past is one of the best things about working at the Roosevelt Library. And it reminds us of FDR’s enduring legacy as we remember him on April 12.

One thought on “Remembering FDR”